The real vanilla (Vanilla planifolia) is considered the “queen of spices/flavors” and tastes sweet-aromatic. Vanilla originally comes from Mexico, nowadays the main cultivation is in Madagascar, Comoros and La Reunion.

True vanilla is the fruit of a species of climbing orchid, the pods contain the pulp of vanilla. The vanilla aroma develops after drying/fermentation of the pods and consists of over 200 different substances.

Real vanilla is used to refine and round off, its sweet-aromatic taste is not intrusive and very pleasant.

But vanilla not only offers a fine aroma, it is also healthy. In earlier times, the real vanilla was valued as a medicinal and medicinal.

Vanilla has an antioxidant effect due to its aromatic substances and can thus have a positive influence on the damage caused by oxidative processes. Furthermore, vanilla has anti-inflammatory properties. This can, for example, support the slowing of aging processes.

Vanilla has a strong healing effect on fungal infections, i.e. it has a fungicidal effect. It is also said to have an antimicrobial effect.

Already in the culture of the Aztecs and Maya, a certain drink, the so-called Xocolatl, was used to increase performance and endurance. Besides cocoa powder, water and spices, real vanilla was a main ingredient in the preparation.

Also in some contemporary publications, real vanilla is said to have a muscle-strengthening effect.

Vanilla in our products

Not only the Aztecs and Mayas knew how to appreciate the power of nature. We also rely on naturalness in the manufacture of our products.

In our PORRIDGE BAR deliberately uses vanilla: the mixture of oats, almond protein, raisins and real bourbon vanilla forms an excellent source of energy. The vanilla not only rounds out the flavor, but also provides an extra dose of antioxidants.

The bar is also based complex carbohydrates and vegetable proteins. This will provide you with long-term energy. Furthermore, our bar is gluten, lactose and soy free and vegan.

So if you are looking for a snack before training or during long endurance races, you should give the PORRIDGE BAR give it a chance :-). 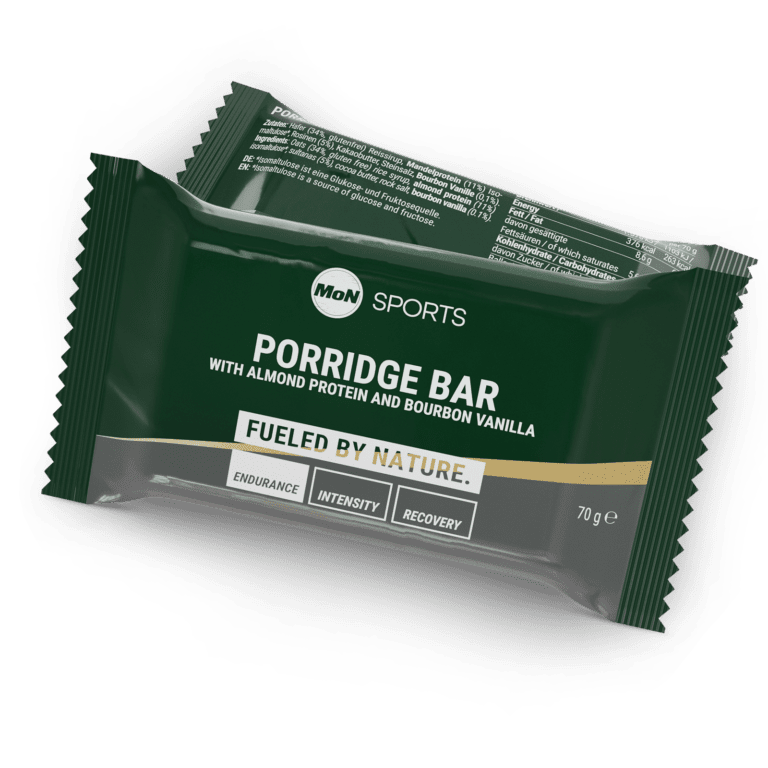