How to optimize your performance

Why the energy supply is so important

Our ability to store carbohydrates is limited. Carbohydrate stores are found in the muscle culture and liver, and their storage form is glycogen.

During physical stress, these stores are quickly emptied. And if they are not replenished by us, the situation occurs that we all want to avoid: The strength runs out, the legs give out.

To prevent this, energy must be supplied from the outside. Whether on Zwift or in the fresh air, the longer the session, the more important the externally supplied energy.

Carbohydrates are the most important source of energy. How you can optimally supply yourself with carbohydrates in cycling, we show you now!

Optimize the carbohydrate intake even before the start

Before long sessions or competitions, it makes sense to eat a good breakfast. 2-3 hours before the start, the glycogen stores should be filled again.

Even though you may have been eating carbohydrate-rich foods for a few days, your muscle stores will be full, but your liver stores will empty overnight.

These can be filled with breakfast. At least 100g of carbohydrates should be consumed. This amount would be found, for example, in 5-6 slices of toast with jam, a bowl of about 120g of cornflakes or 100g of porridge with banana.

The right food on the road

Burke et al. recommend from a duration of  1 to 2.5h acarbohydrate intake of 30-60g/h. As long as the 60g/h are not exceeded, a carbohydrate source such as glucose can be used here.

Of course, even with these relatively small amounts, there is nothing to stop you from combining different carbohydrates. So e.g.: Glucose + Fructose [1].

We recommend special sports nutrition for this, which also supplies you with important minerals.

Anyone who is on the road intensively for more than 2.5h needs carbohydrate amounts of more than 60g/h. In fact, amounts of 100g/h and even up to 120g/h are recommended. Anyone who has ever tried to ingest these quantities knows: it sounds easier than it is.

To avoid potential problems, the intake of such high amounts should be sufficiently trained and optimized. This training process is also called “train the gut”.

Different carbohydrates should be combined to allow absorption. This could again be a mixture of glucose and fructose, but also glucose polymers such as maltodextrin. As mentioned, it makes the most sense to resort to special sports nutrition.

Here, especially in the form of the drink powder offers to load the digestive tract as little as possible. Natural, optimally composed products enable a gentle energy supply for the gastrointestinal tract, which can react sensitively especially under high stress.

In top-class sports, our  POWER CARB   has proven to be particularly well tolerated in top sports. It can be concentrated up to 16 percent, so that up to 80 grams of carbohydrates can be absorbed in half a liter.

Recording can also be made somewhat easier by mixing between different sources. To make the energy supply a little more exciting, bars or gels can also be integrated.

As mentioned: During particularly strenuous sessions, it is much easier to supply carbohydrates in liquid form. If a less strenuous workout is on the agenda, solid food can be added.  [1] Pfeiffer et al. have shown that mixing between bars, drinks and gels has no negative effect on performance. [2]

So, in summary, as far as carbohydrate intake in cycling is concerned:

Keep in Mind: Pay attention to the taste as well

When choosing sports nutrition, you should make sure that you tolerate it well and that it still tastes good to you even after a high intake.

After high intakes and/or fatigue, it can happen that the intake of energy is no longer fun and certain flavors resist you.

Therefore, it is particularly important to use products that are not too intense in taste. What was delicious and sweet after two hours could taste repulsive and way too sweet after 4 hours.

Carbohydrates in cycling after training/competition

For many athletes, after training is before training. This makes regeneration particularly important. After training, glycogen stores need to be replenished. A combined supply of proteins and carbohydrates is suitable for this purpose.

Data from Maunder et al. here give reason to pay a little closer attention to the type of carbohydrates. In his 2018 study, he found that the combination of glucose and fructose in the recovery phase have benefits for subsequent endurance exercise.[3]

While originally this observation showed great advantages for the next training session especially during short regeneration phases, it was assumed that the effect would be lost after long regeneration phases (overnight). The thought was made because glycogen of the liver is used overnight to supply the brain with glucose, among other things [5].

Here, too, special products such as our  RECOVERY SHAKE  or the  RECOVERY8  which provide you with the right combination of proteins and carbohydrates.

So you can regenerate optimally – and start top-fit into the next unit. Have fun! 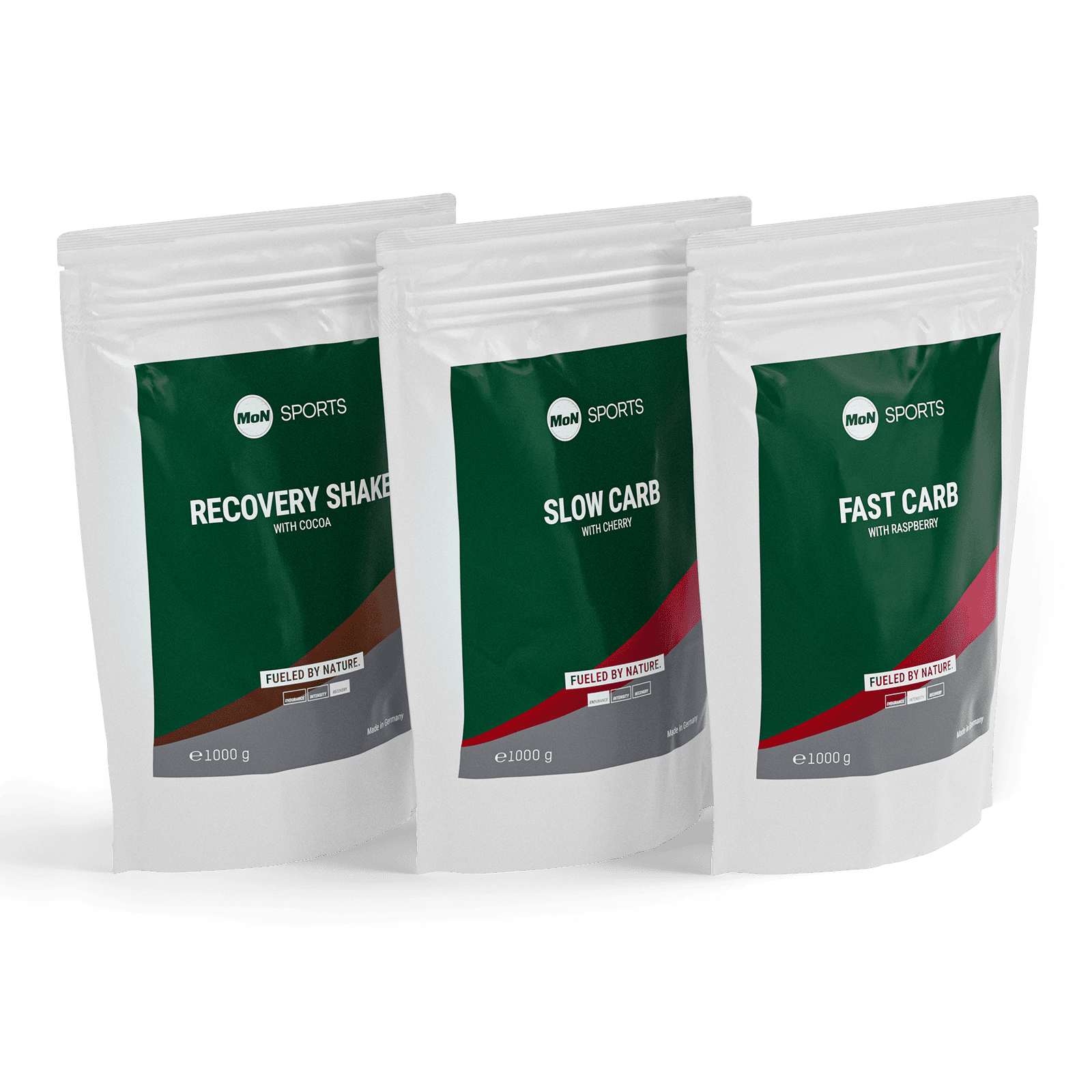 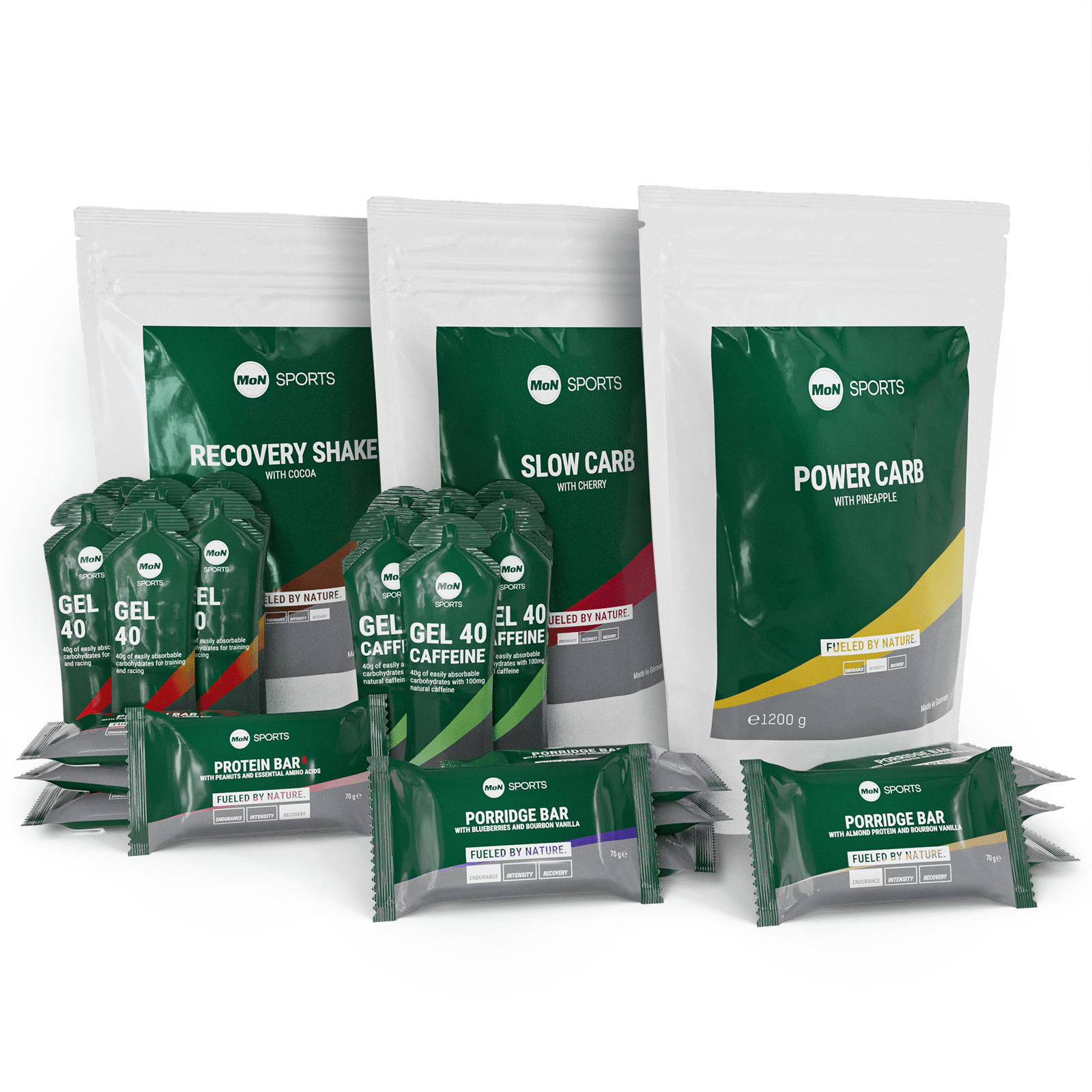 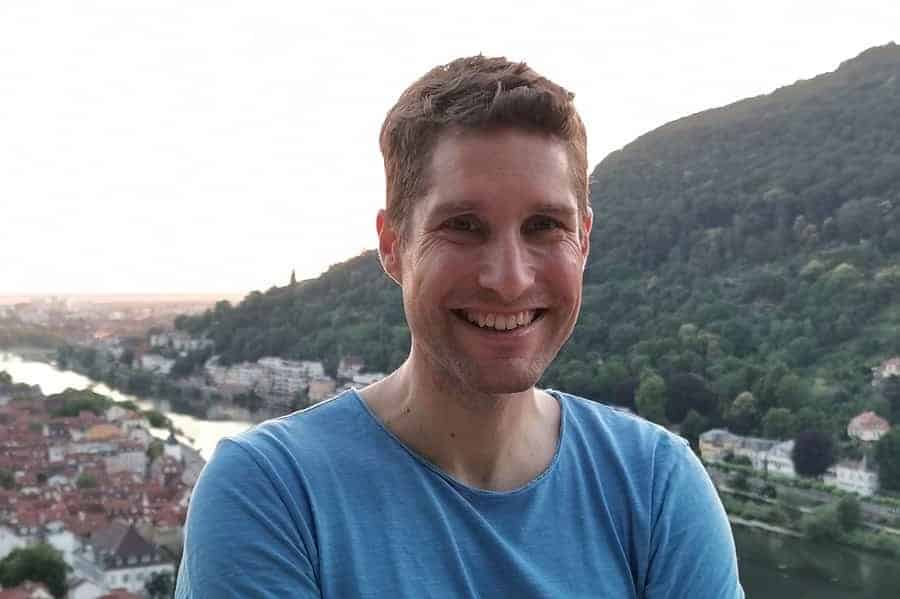 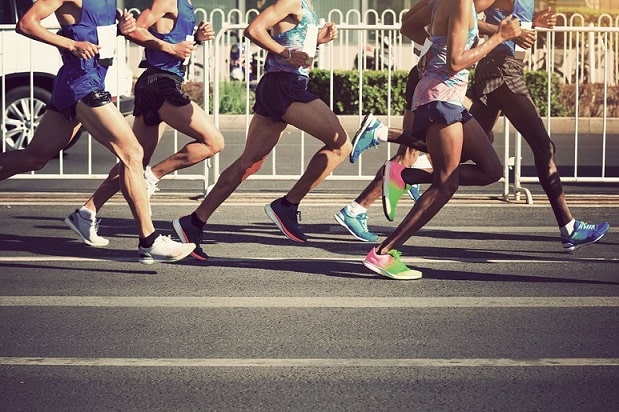 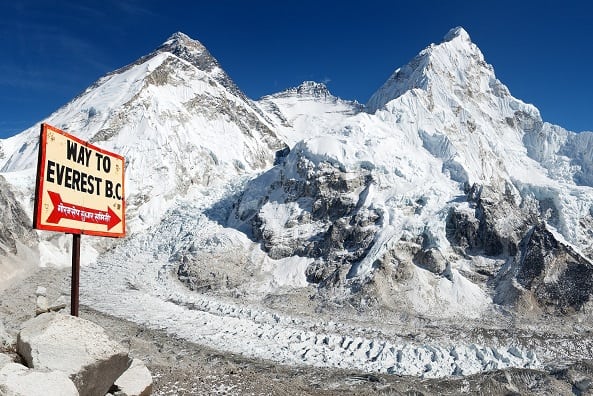 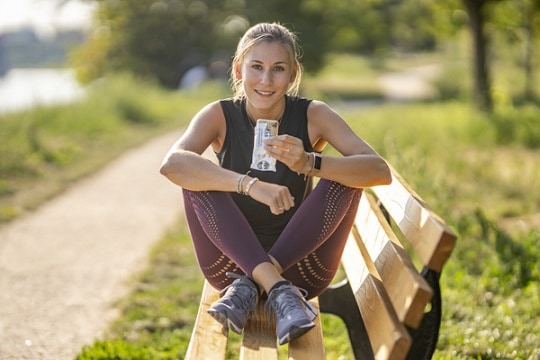 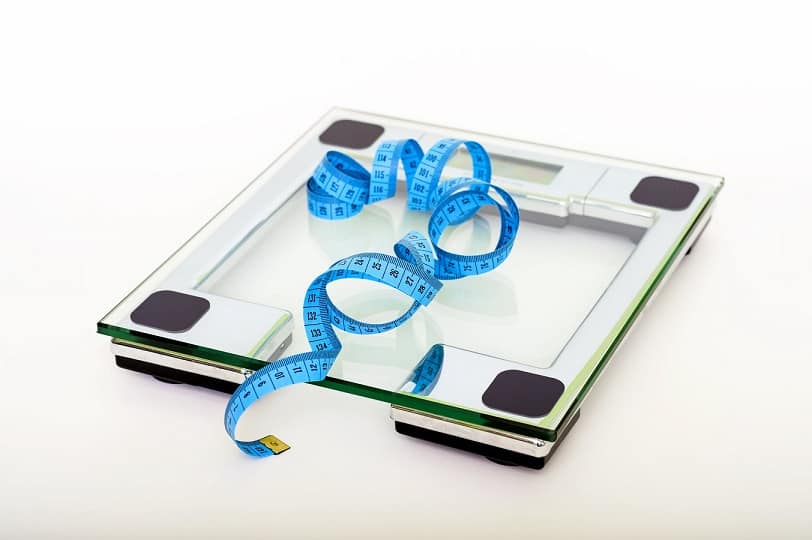 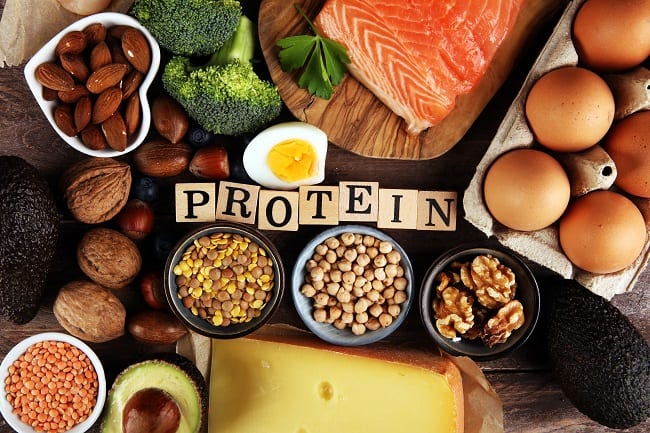 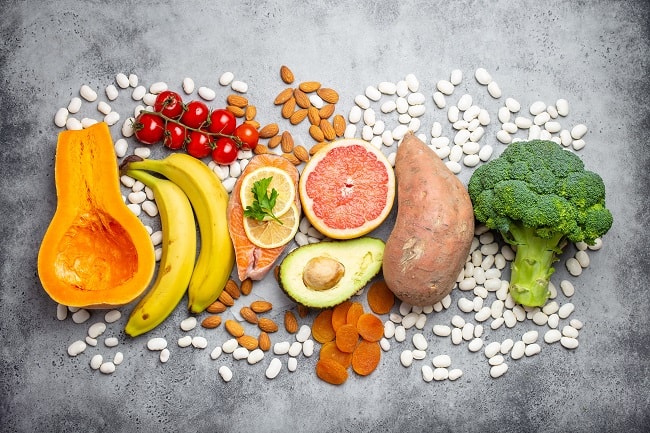 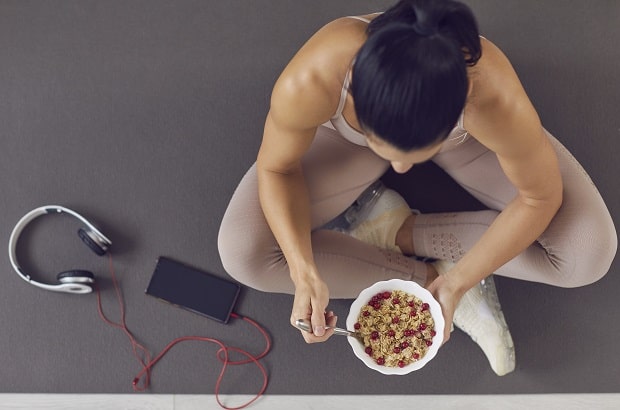 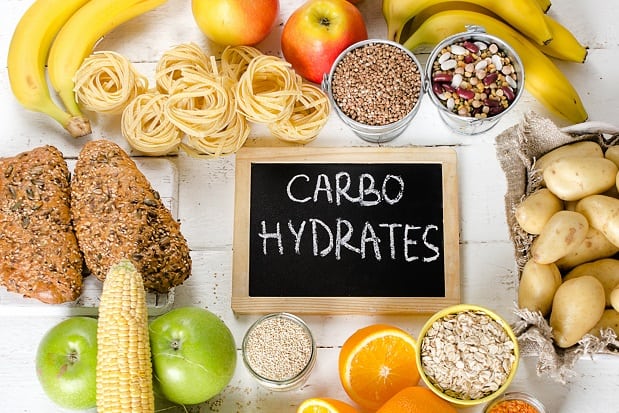 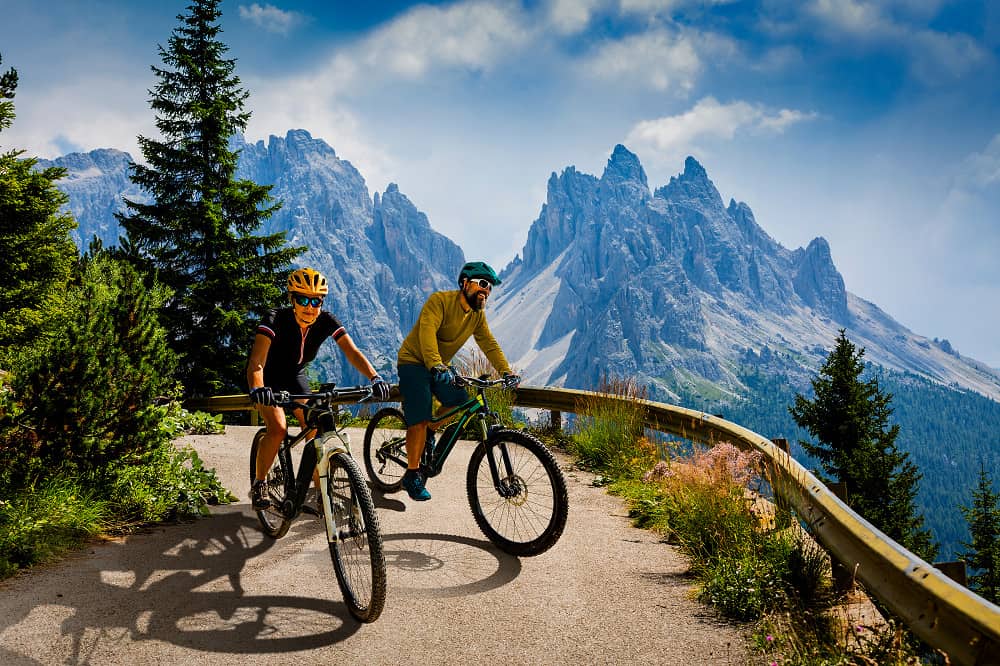 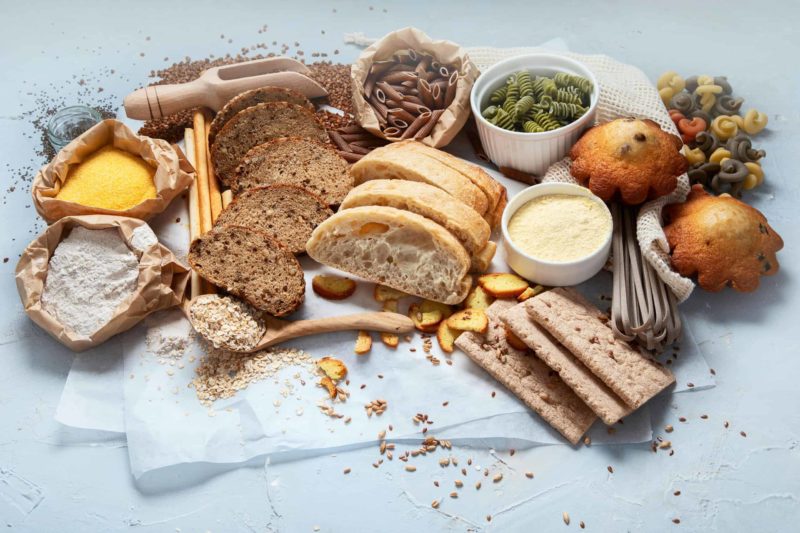 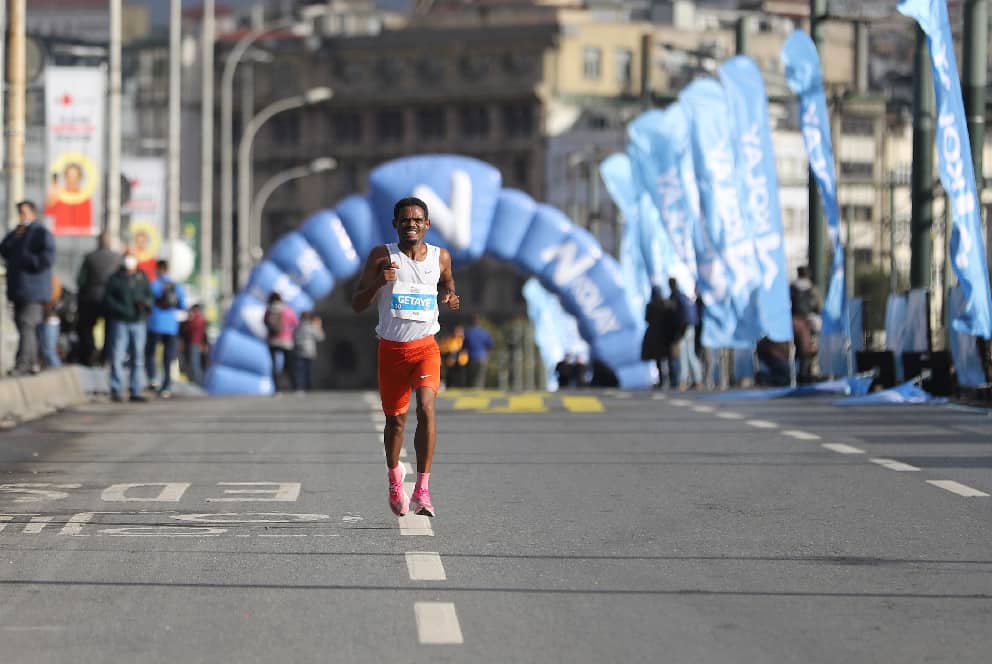 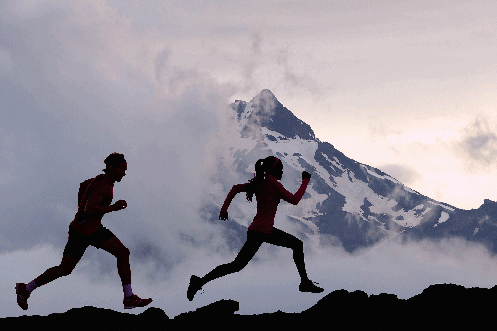 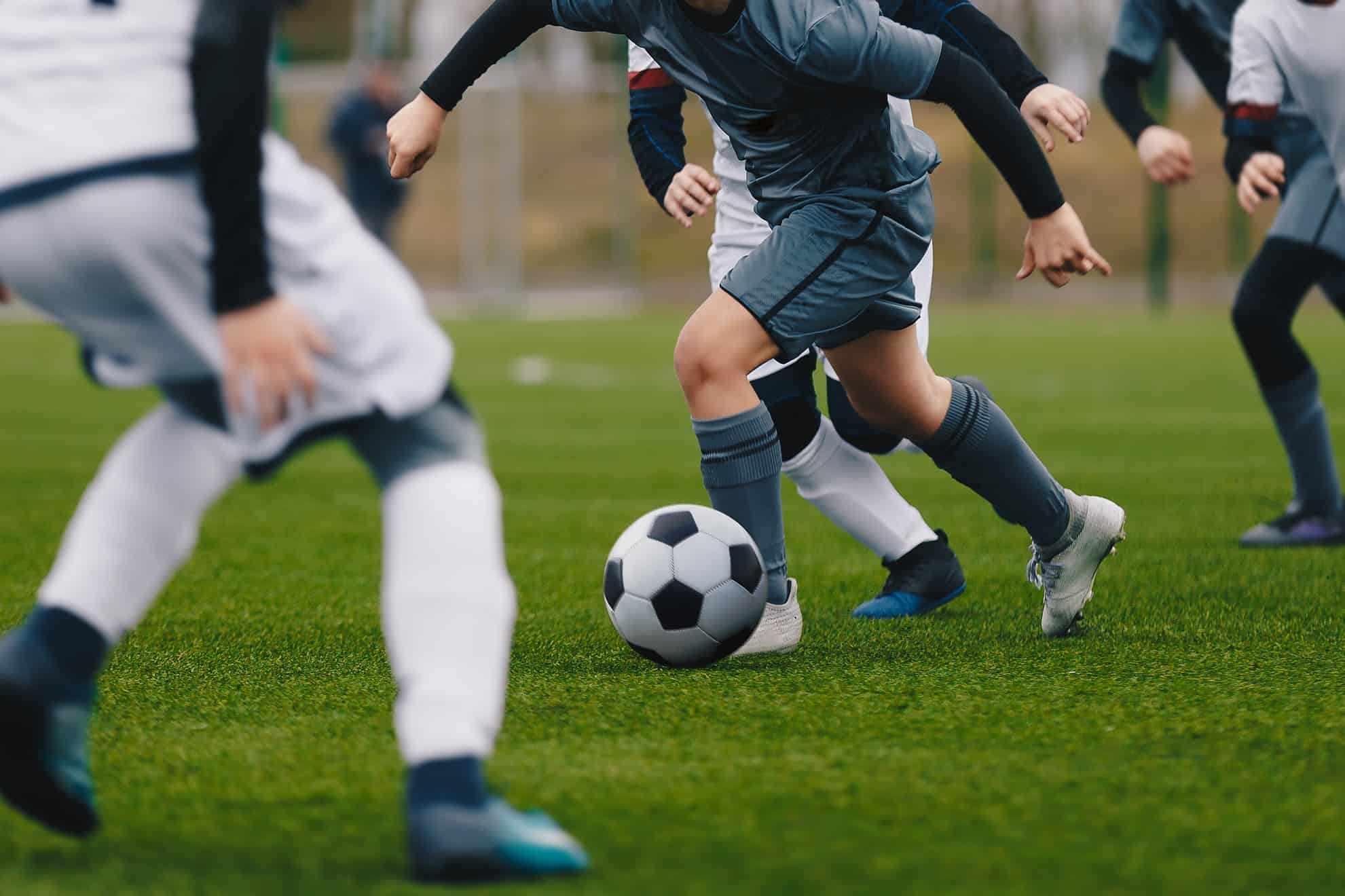 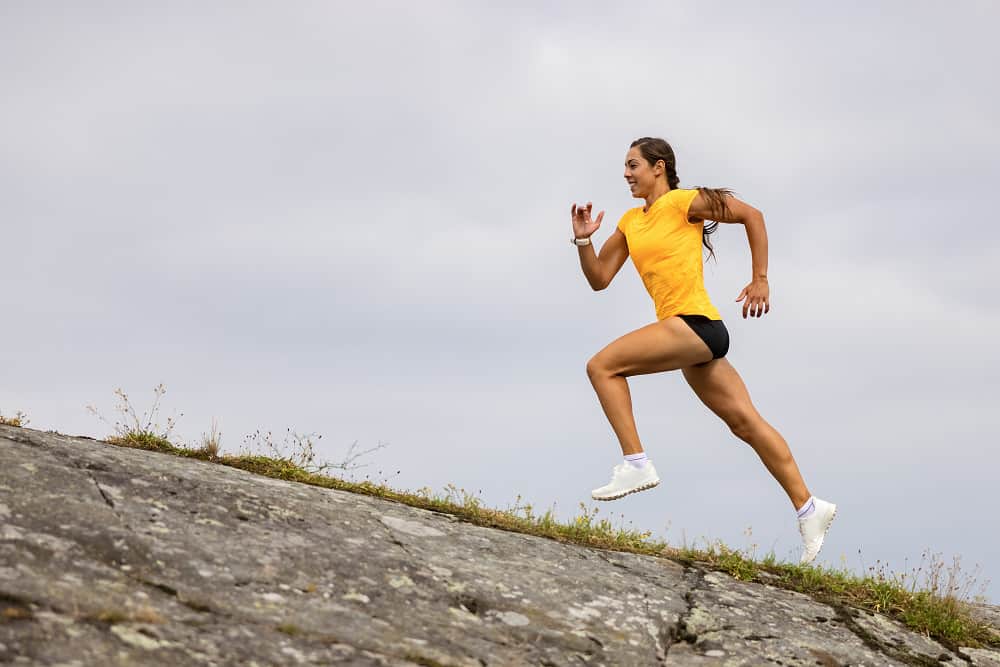 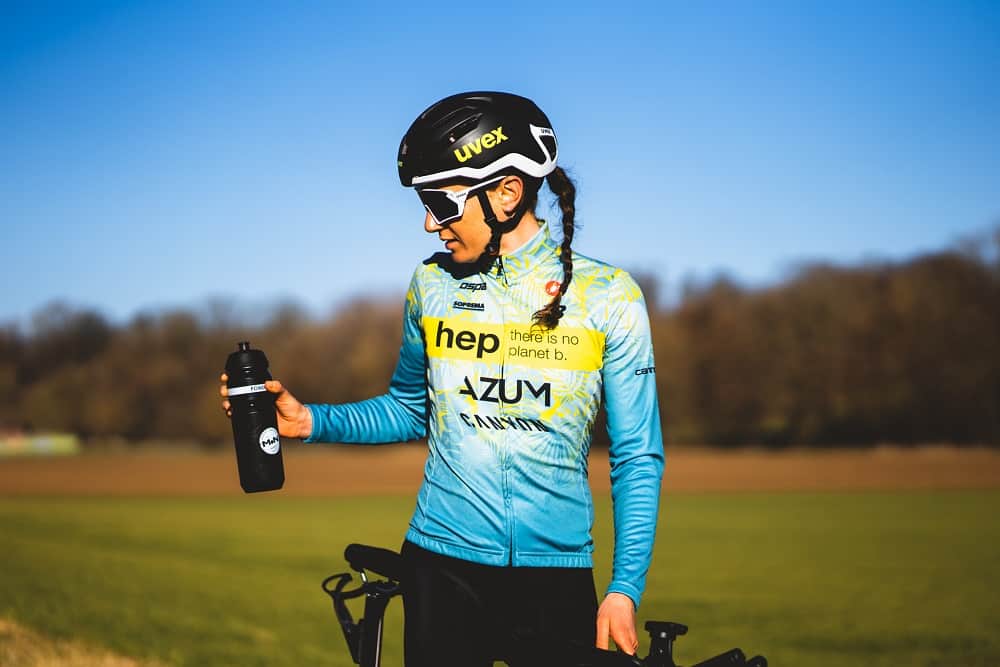 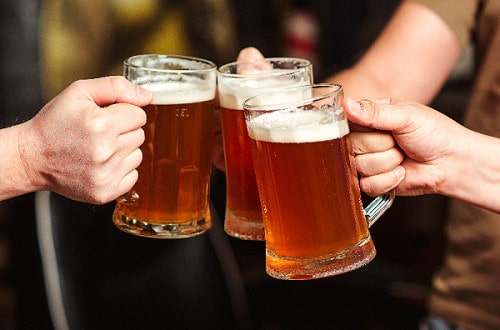 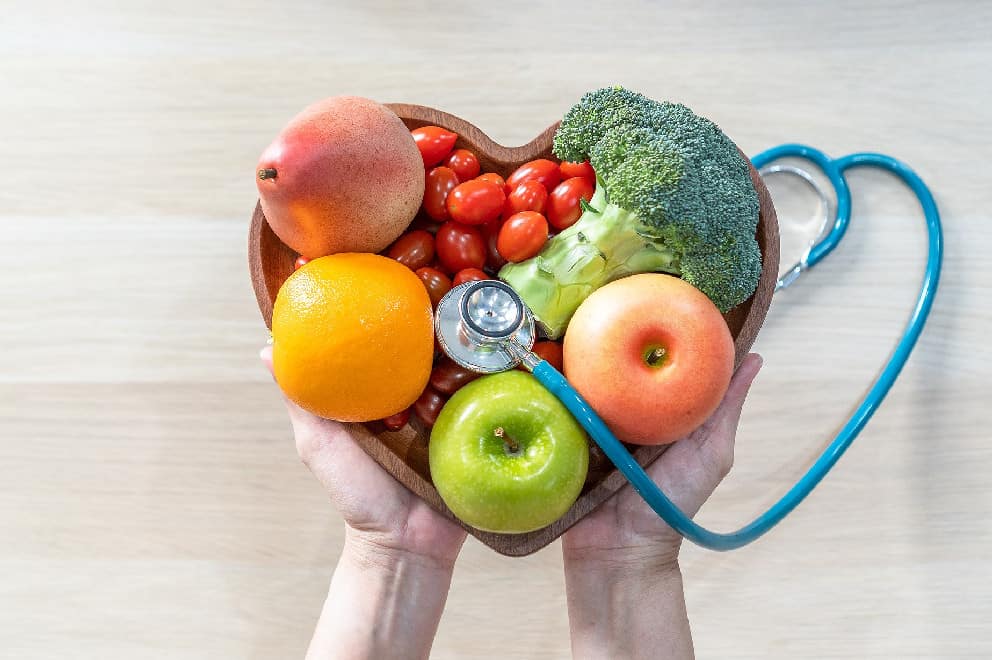 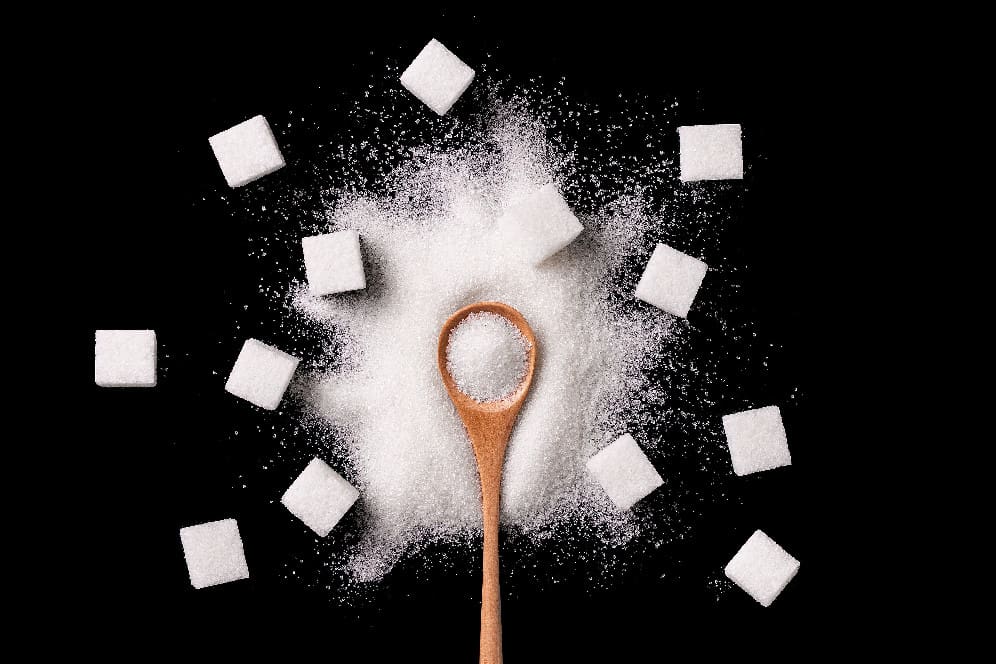 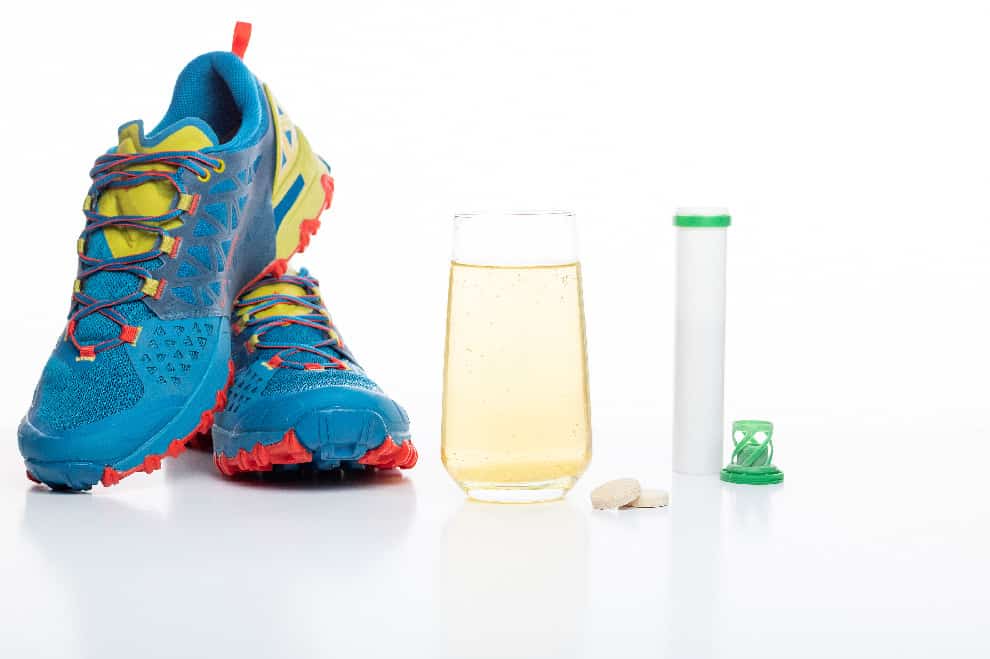